Part of: HAMN - battlefieldmuseum in Nacka

HAMN - a museum where you experience the history on sight

The narrow and shallow waterway has a fascinating ancient history, such as fairway between the Baltic Sea and Stockholm . On August 13, 1719 the Russian galley fleet was sighted outside Skogsö . The Russians had for some time been raving the archipelago and Tsar Peter I's galleys where threatening Stockholm . The disembarkation at Skogsö lead to the Battle of Stäket .

Two hundred and fifty years later a brand new neighborhood was built in Nacka , Fisksätra , which became Sweden's most densely populated area with people from different nationalities. HAMN tells a story starting from the 300 's, shows finds from the Viking era and the 1700s and from recent times with the stories of today's multicultural Fisksätra .

The excavations of the battlefield has given us new knowledge about our history. There are many who help us to interpret history through the finds; marine archaeologists, battlefield archaeologists, numismatists, osteologists, archivists, historians ,curators and other experts. You will meet several of them together with the finds at the museum.

HAMN is located 150 meters from the SL bus and Saltsjöbanan or with a 30-minute boat ride from Stockholm city center.

The museum has a museum shop with locally produced crafts from Nacka and Värmdö, and a conference center for up to 40 people.

Information about the offer:
The offer consists of entrance fee and 1 hour guided tour. Bokking is required 7 days in advance.
Languages available: English
For more information and booking, please contact HAMN at bokning@hamnmuseum.se 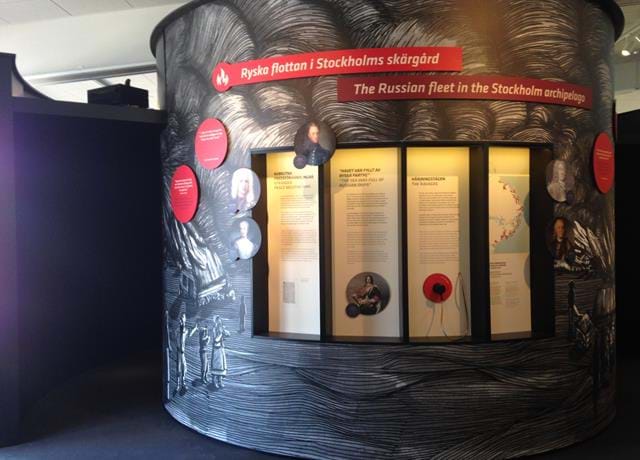 HAMN - Museum where you experience history on sight. Seven years of archaeological excavations on the battlefields ar...