The area around the island of Väddö offers a wealth of beauty spots. In Swedish we call a favourite spot off the beaten track a ‘smultronställe’ and Väddö Tourist Board has chosen some that might be of particular interest to visitors. These sites are marked with special ‘smultronställe’ signs.

At Bagghus bridge the Roslagsleden trail follows the Väddö canal to Älmsta.Along the canal is one of Väddö Tourist Board’s smultronställe spots – the Maritime Museum of Roslagen in Kaplansbacken. The museum has a fantastic collection covering Roslagen’s maritime history. There are boats, model boats, navigation equipment and exotic souvenirs brought back by sailors from all over the world. It’s an exciting place to visit for young and old alike. The Maritime Museum of Roslagen also documents the history of the Väddö canal. The museum is open in June–August during the summer and by arrangement.

Storfjärden, on the Väddö canal, is home to very rare, in fact imaginary, species of birds described on signs in the Bird Forest, Fågelskogen. Here you can read about the Högröstade Kvällsfiraren (the Screeching Nightsquawk) and the Skvallerskrikan (the Gossip Skrike).

Väddö canal was originally a natural waterway. It was dredged several times over the centuries, first on the order of King Gustav Vasa in the 16th century. By the 18th century, the channel was no longer navigable and in 1820–1840 Väddö canal was dug. This was when it took on its current route, opening to traffic in 1835. In about 1900 the channel was straightened, widened and deepened, as it still remains today.

Tradition has it that the canal was dug by Russian prisoners of war but this is just a myth. In fact it was dug by the Swedish army. Today the canal has an official depth of 2.0 metres and is mainly used by leisure boats. Approximately 20 000 boats pass through the canal every year.

Part of the village of Älmsta is on the island of Väddö and the rest is on the mainland. Älmsta has a supermarket where pre-ordered alcoholic beverages can be collected. Prescriptions can also be collected here. There is also a range of shops and several restaurants. Accommodation is provided at the youth hostel STF Turistgården Haga or in cottages/Bed & Breakfast accommodation at Väddö Folk High School.

Storängen nature reserve, a beautiful piece of ancient farmland with grazing and meadow land, is located next to the park in Vikingalund. There are ancient oaks in the western part, around 200 years old, as well as birch, juniper, hazel and rose hips. Much of the meadow area has the character of a hazel grove.

The dairy at Väddö Gårdsmejeri just north of Roslagsleden is well worth a visit. They sell locally produced organic cheeses – all named after local places around Väddö. As well as a farm shop and a café open in the summer, there is also the chance tojoin the farmer on a cow safari through the fields.

After Storängen nature reserve, Roslagsleden follows the old Sandvik road east to Sandvikens Camping on the east coast of the island of Väddö with views over the Sea of Åland. Here there are cabins for hire, tent and caravan pitches, a child-friendly sandy beach, a play area, a café, a sauna, changing rooms and a dry toilet. 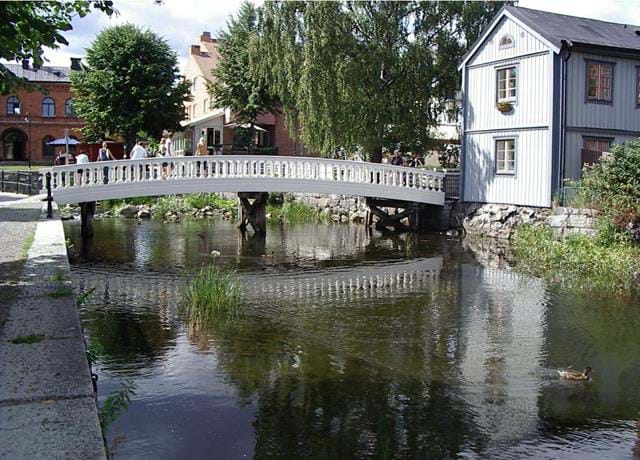 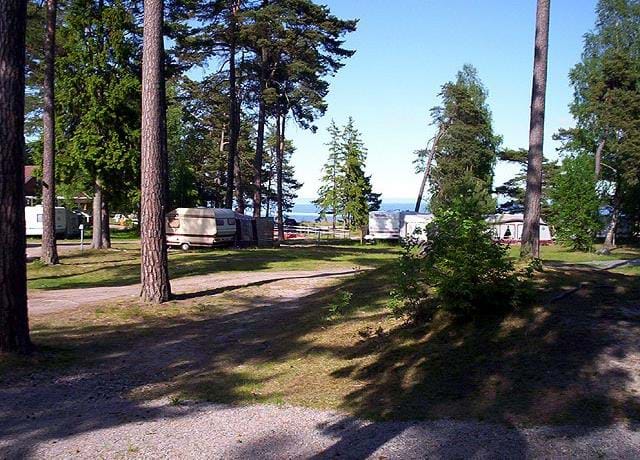 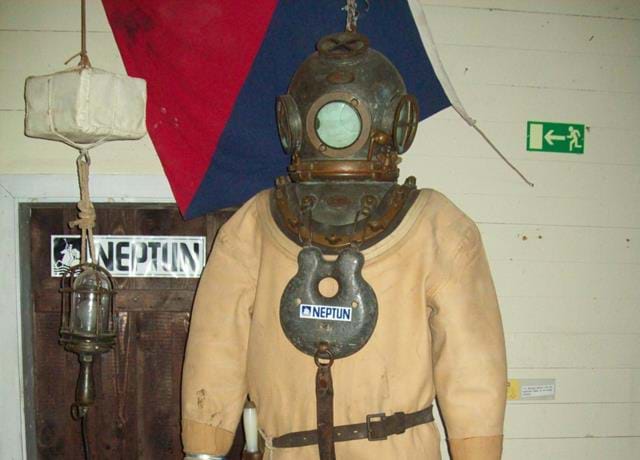 Boats, ship models, navigation equipment and exotic souvernirs brought back from the seven seas. Exiting for young an...